Poverty in Chicago is at an alarmingly high level. Half of the population is living in poverty or earning a salary that is nationally classified as “low income.” Data has proven that income and socioeconomic status negatively affect the overall quality of life and the ability to obtain upward mobility.

Season to Soar aims to support Chicagoans who fall into this category by providing services and programs that will foster their development and encourage them to overcome the issues that their socioeconomic status presents them with.

1 in 3 (approx. 200,000) children in Chicago under the age of 18 live in poverty, according to the Census. The federal poverty line is defined as $24,008 for a family with two adults and two children. The official national poverty rate comes from the Census’ Current Population Survey, released Wednesday, while the Chicago numbers come from the ACS. Chicago’s overall poverty rate is almost 50 percent higher than the official national poverty rate, which was 4.8 percent in 2014. Research indicates that socioeconomic status affects education and overall quality of life. 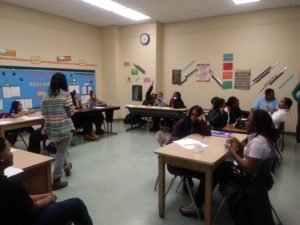 Founded in 2017, Season to Soar was established on the premise that disenfranchised communities should be put first.

We understand that economically deprived individuals are ironically the groups who are underfunded, neglected, and denied access to resources. Season to Soar works to combat this paradigm by putting the underprivileged first and providing resources to society’s most vulnerable communities.

Our organization’s primary goal is to help people around the world achieve greatness and “Soar” to their highest heights. We operate with the ideology that all individuals deserve the right to resources that will empower them and allow them to achieve their potential, without being limited by economic or social obstacles.

Specifically, our organization helps individuals “Soar” by connecting them with the tools that they need to better themselves and their communities. Our areas of support include but are not limited to community outreach activities, youth development, and crisis support.

Lastly, the idea of returning kindness and encouraging our recipients to actively help others “Soar” is a key aspect of our organization. Accordingly, We have implemented The Global Leadership Program in an attempt to make success sustainable and foster global humanitarianism.

Early experiences and environmental influences can have a lasting impact on learning.1 Socioeconomic status is an accurate predictor of an individual’s academic achievement.2 Children from low-income families enter high school with average literacy skills five years behind those of high-income students.3

Children in impoverished settings are much more likely to be absent from school throughout their educational experiences.4 Further increasing the learning gap between them and their wealthier peers. Low-income students fail to graduate at five times the rate of middle-income families and six times that of higher-income youth.5

Evidence indicates that socioeconomic status affects family stability, including parenting practices and developmental outcomes for children.9 Lower SES has been linked to domestic crowding, a condition that has negative consequences for adults and children, including higher psychological stress and poor health outcomes.10

All family members living in poverty are more likely to be victims of violence. Racial and ethnic minorities who are also of lower SES are at an increased risk of victimization.11